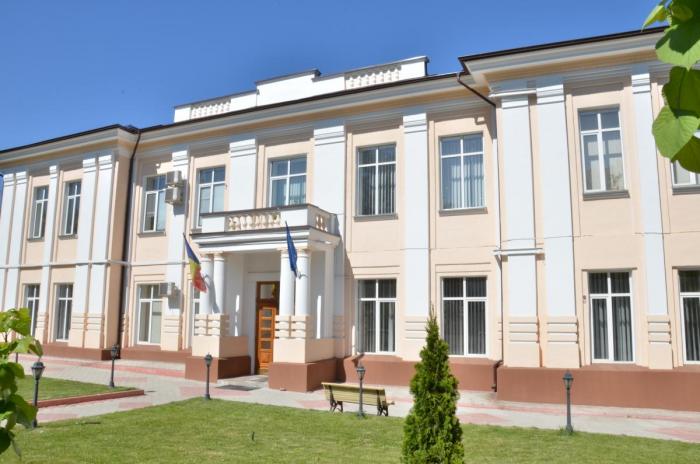 Houses have their faith similar to the faith of people. Their faith is defined by political regime of the country.

The big and beautiful building on 1 Serghei Lazo Street (previously named Nemteasca Street) was built during the World WarI. This world disaster caused great sufferings, tens thousands of children lost their parents. There was a need to take care of these orphan children and, respectively, to build an orphan house. In 1916 the design of such building has been approved and the edification of a two-tier building designed to host two schools for orphan children – school for boys No. 1 and school for girls No. 5, initiated.

The World War IIdid not affect the building which, following its repairmen after the end of the war, was used as administrative premises of various institutions. Until 1989, the building was hosting the offices of the Publishing House „Literatura artistică” and the Veterinary Faculty of Agricultural University of Chisinau.

Starting with 2007, the building is used by the National Institute of Justice. The names of now forgotten personalities, such as Nadejda Terletki, are closely linked to this building.

19th Century substantially changed the position of women within the society. The transformation of the woman’s position from a simply member of the family to the full-fledged member of society occurred. The schools for girls have been constituted and their graduates, in their turn, started to open other schools, thus causing a peaceful but very necessary revolution.

The best illustrative example of this situation is Nadejda Terletki. 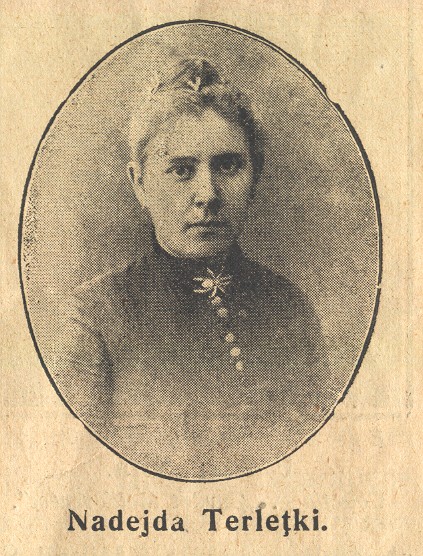 She was born in1870 in Zarojani Village, Hotin County. Her parents decided that she should study in Chisinau where she successfully graduated Gymnasium for Girls No.1.

Following the trend of that era, similar to other thousands of young people, she got involved in the process of enlightening of population. She became a teacher of a primary school, working with a lot of commitment and sacrifice. During the period of1917-1925 she was the principal of Primary School No. 5 in Chisinau and a lot of generations of children benefited from her professor’s talent and exceptional soulfulness. She also participated at various congresses in Russia where her oratorical skills and public hearings talent had been fully demonstrated.

At the same time, the area of her activity was far behind the borders of the school. Together with Daria Harjevschi she contributed to organization of a public theatre, interesting public lecturers and etc.

She was a risky person. This is why, most probably, the most interesting details of her biography are kept with the secret files of Basarabian gendarmerie. Her house was used as publisher’s office and publishing house for the newspaper Cuvânt moldovenesc (1913-1917), edited by Pan Halippa and Nicolae N. Alexandri. During her entire life she was a close friend of the famous writer and publisher Nicolae N. Alexandri (1859-1931). The harmony of this friendship affected a lot of professional actions of N. Alexandri. She never ignored human grieving, sufferings of person next to her and being a religious person she was involved in solving the issues neglected by those who being obliged to help, were not offering such help. Without waiting laurels and praises, she was concerned about the destiny of Transnistrian refugees.

She passed away in a modest and dignified way as she lived. She was buried at the Central Cemetery on Armeana Street, but to our great misfortune, no sign, no plaque indicating the year of death was saved. That’s why we are looking for information related to Nadejda Terletki. Because this Bessarabian personality must be known and appreciated as she deserves it. Just as we should know the connection of Remencu Family with the house on 1, S. Lazo St. 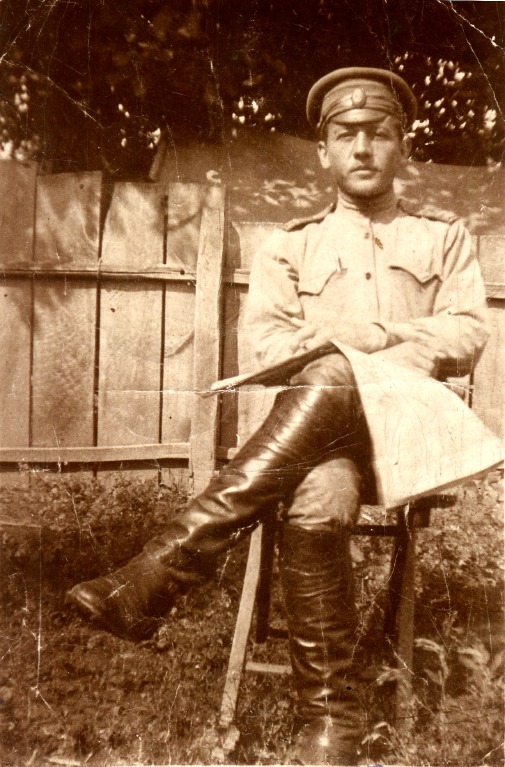 The biography of Dumitru I. Remencu (1895, Bolhrad – 13.VII.1940, Chisinau), would be an ordinary biography of a Bessarabian intellectual, if there were not some moments, better to say, some accents that bring it out of the common ones.

As a journalist and philosopher, he was looking for his place in the society. In order to define his state of mind, he accepts the journalism– an intermediate condition. His philosophy, namely his meditation being the supreme flight of the spirit and the conscience and “...was meeting his initial goal: to find a common line between the specifically Bessarabian conception and the Socio-Romanian ideology” (Henrih Bloch).

Another fact that distinguishes him from the other intellectuals is that he was aware of what he was doing, of the responsibility of every moment lived. In the moment the rough, daily event collided with his philosophic concept, he took his own life...

Only the real philosopher can do so …

He attended his secondary school in Bolhrad, where his father was a notary and graduated the Odessa University. From 1919 he is the student at Al. I. Cuza University of Iasi, the Faculty of Letters and Philosophy. During the interwar period he worked intensively in the Bessarabian media, cooperating with the newspapers Cuvânt moldovenesc, Raza and at the magazine Viaţa Basarabiei. He is the special correspondent of Timpul newspaper and Argus magazine for Bessarabia, which were edited in Bucharest. After being questioned by NKVD bodies and persistently forced to denounce his friends, on the 13th of July 1940, he tragically dies – returning home he shot himself...

He lived in Chisinau, on Sciusev Street, between Puskin and Mitropolit G. Bănulescu-Bodoni streets. Then he moved in the Orphanage, from where he usually has going to Cuvânt moldovenesc newspaper, which was settled on Regele Mihai Street, on the corner with Alexandru Av. or on 142, Haralambie St., to Viaţa Basarabiei. The eclipse of his life took place in the moment when he was called to the NKVD office on theSinadino St., to provide testimony against his colleagues and friends. He came home and shot himself. He was buried at the Cemetery on Armeana St.

ANOTHER HEADMISTRESS OF THE ORPHANAGE

Alexandra Remencu, the wife of Dimitrie, was a prominent personality. 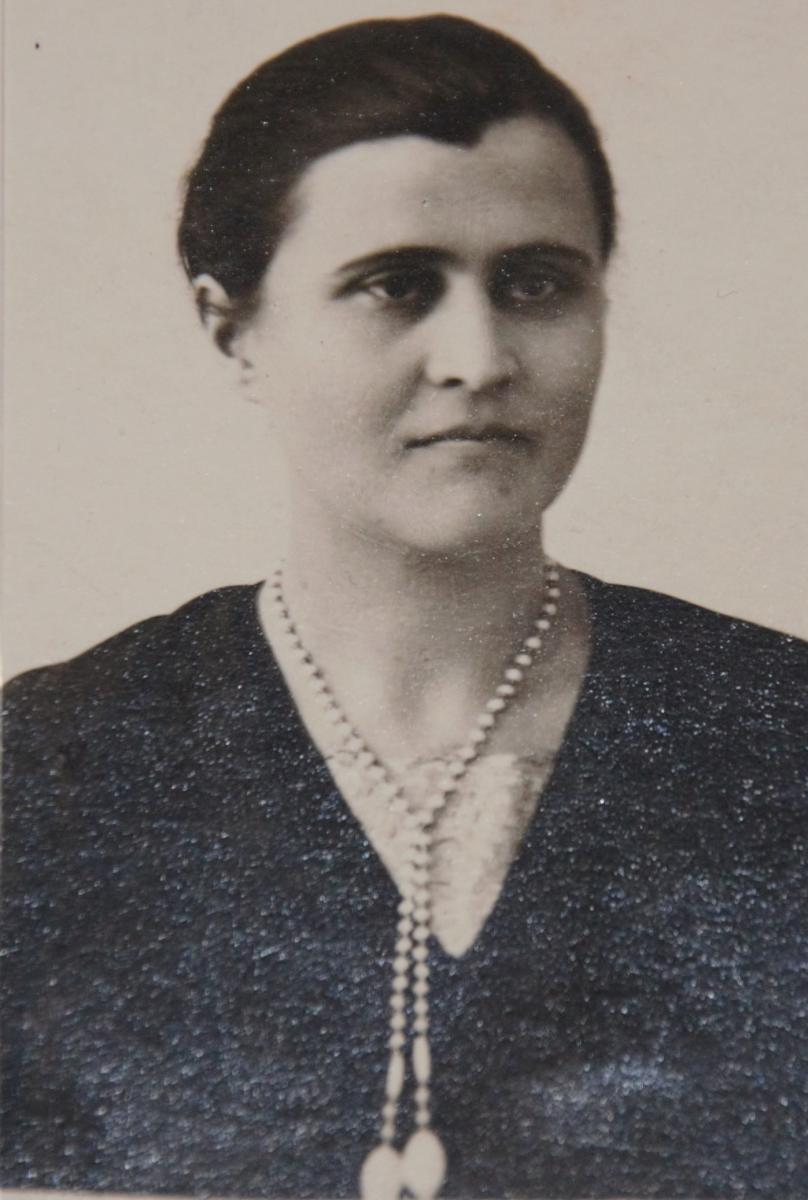 The researcher, Dr. Maria Danilov in the encyclopaediaWomen of Moldova (Chisinau, 2000) makes an exact portrayal of one more member of this remarkable family:

Descendent from a family of priests (born asScodior) from Bessarabia, mentioned as illuministsfrom the second half of the 19th century in the N. Popovschi‘s book Istoria bisericii din Basarabia în veacul al XIX-lea.In 1918, she married Dumitru Remencu (later, famous journalist and publicist). Mother of Sergiu and Gh. Remencu.

She was a teacher, principal of the kindergarten (no. 17) in Chisinau. In 1929, on the proposal of Florica Nita, she is named the headmistressof Orphanage (later – Children’s House) of Chisinau. In 1940, the Children’s House became amodel-Orphanagefor the entire country, being visited by a special commission of the Nations League (1938). The chief of the commission, Montessori, has proposed that the experience of this orphanage to be presented at a special congress that took place in Rome (1938). The theses of the report submitted at the congress by Alexandra Remencu were included in the final stage as recommendations. In the same year, she was invited to Vatican where she was welcomed by the Pope Pius XI.

In June 1940 she had stopped her pedagogical activity. As the result of the NKVD’s prosecutionsher husband committed suicide (13th ofJuly 1940), the family was thrown out the house, in the street (the same day – Iu.C.). In 1944, she took refuge in Romania. She comes back to Chisinau in October 1945. »

She has managed to give a special value to the activity of care and education of orphan children, becoming an example at the European level.

THE CHILDREN FROM REMENCU FAMILY...

We can write a book about the children who grew up in the Orphanage. 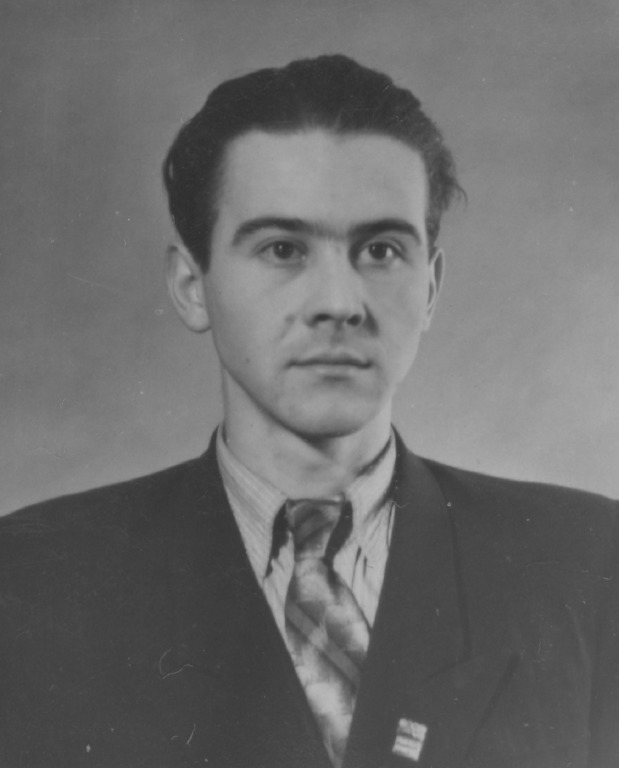 Gheorghe REMENCU (19.XI.1918, Chisinau – 29.X.1977, the same place), son of Dimitrie, was a journalist, too. Probably, it was a family tradition. In 1938, he graduated the Al. Donici Boys’ High School from Chisinau and then he had studied at the Bucharest University, the Faculty of Letters and Philosophy for two years. The war started, the Bessarabia was occupied, that’s why he obtains the Diploma of higher education studying at the I. Creangă Pedagogical Institute of Chisinau.

He wrote and published some books burdened with feelings and respect for all that may constitute our cultural thesaurus: Lie-lie ciocârlie (about the singer Tamara Ciobanu), Prin Chişinău odinioară şi azi (Chisinau, 1966), La baştina frumosului (Chisinau, 1970), Comoara noastră – monumentele (Chisinau, 1977).

He had left several manuscripts and many notes. His creation plans were bigger, that’s why they remained unrealized…

His brother, Sergiu Remencu (1932 – 2011), was an engineer, studying at the Faculty of Electronics and Automatic. Being aradio amateur and an inveterate collector, he owned a treasury of postal cards from all over the world. MSSR champion on shooting, he was a municipal councillorduring the turning year of 1990, being the member of the Commission of street renaming, as being a native and inhabitant of yesterday Chisinau.

This information is just only one small piece of the secret history of one of the houses from Chisinau that city people are daily passing by without feeling the pulse of the real history... 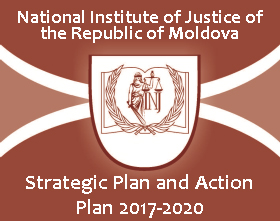